Ty‘s new track ‘Brixton Baby’ is part music video and part archive, shining a spotlight on Brixton, UK. Check it out the EXCLUSIVE PREMIERE over on AFROPUNK

TY’s next album ‘A Work of Heart’ will be released later this year through Jazz re:freshed

Off The Hook – Beats, Rhymes & Life

This documentary is a collection of Hip Hop live performances and interviews filmed in the East Midlands, UK circa 2001. The majority of which was shot at the Off The Hook club night in Derby, UK.

May 19: Southampton / The Social Club

May 20: Whitstable / Duke of Cumberland

Jump is the new single taken from the forthcoming album ‘Carousel’ by BocaWoody also known as Boca 45 & DJ Woody. Which features Washington D.C. based wordsmith BluRum13.

Enjoy the music and support the artists.

2015 is the 15 year anniversary of the legendary Off The Hook club night that took place monthly in Derby, UK.

Back in 2001 I made a documentary about the Hip Hop scene in the UK.

The film was shot at various club nights across the East Midlands, UK, but predominately at Off The Hook. This documentary shows the now legendary Hip Hop club night at it’s peak.

Also check out the Off The Hook – 15th Birthday Special podcast, thanks to Breakin Bread. 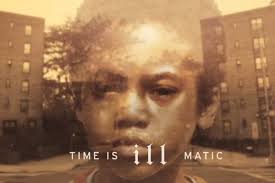 Illmatic  was released 20 years ago, and is considered a hip hop classic. Time Is Illmatic is the film about this influential record and it’s creator, Nas. It’s more than just a music-documentary, it is a look at Nasir Jones’s life and up bringing. We see an intimate portrayal of what has shaped him into the artist we know today.

Music was always in Nas’s life with his father, Olu Dara, being a successful musician. He grew up in the Queens Bridge projects, the type of environment that shaped the vast majority of the black youths growing up in New York. Through interviews with Nas’s father and brother, a vivid picture of how government housing, meant to give all working classes a safe and affordable place to live, soon became a breeding ground for crime.

Living in this environment, along with a failing state school system, Nas was faced with limited options in life. In fact, his father advised both him and his brother to leave school in favour of work. Following the death of his close friend “ill will” he decided to pursue the dream of becoming a recording artist with more purpose and determination.

The circumstances of what pushed Nas to become a rap artist, and the music that influenced him, is the core of this film. There is less detail about the actual production of the classic ‘Illmatic’ album.  There are only very brief interviews with the producers, and people who helped bring Illmatic together. The likes of MC Search, Pete Rock, Q-Tip, DJ Premier and Large Professor are a little underused. In fact, I think they could still make up a whole other documentary on the production of this rap classic.

However this film is still a great insight into what influences musical creativity.

Time is Illmatic is a must for all Nas fans. Director One9 has created an emotional documentary that mirrors the message of the record itself. A true rap coming of age story.

Time Is Illmatic is screening 1 – 2 August in Auckland, with other screenings and location found on the NZIFF website.

Reviewed by Ian ‘Beatmaster’ Wright and Originally posted on Keepingupwithnz.com

DJ Woody is identical to none

2 x World Champion, creator of a long list of original scratches and turntablism techniques, co-designer of the worlds only melodic turntable (Vestax C1), audio-visual DJ pioneer, animator and designer. DJ Woody is identical to none.

“If you have any interest in scratching or turntablism whatsoever i just ask for 8 full minutes of your time.” DJ Woody

If you haven’t already got yourself a copy of the NEW Ugly Duckling LP, WHAT ARE YOU WAITING FOR!! Grab one here: Amazon or UD STORE . So while you wait for the postman to deliver your package check out the official Video for the Ugly Duckling song “Elevation”. You might recognize a few people in the video; comedian T.J. Miller from the movie’s ‘She’s Out of your League’, ‘Get him to the Greek’, ‘Yogi Bear’ and ‘Gulliver’s Travels’, plus actor Zack Pearlman as well as actor and comedian Nathan Barnatt and several other members of the UD family.

The Video is animated by Justin Ridge and directed by Stoney Sharp, this is the first video from the group’s 2011 album “Moving At Breakneck Speed”. The goal of this video was to bring the Breakneck Speed album cover to life. See if you can also spot each of the previous Ugly Duckling album covers throughout the video.